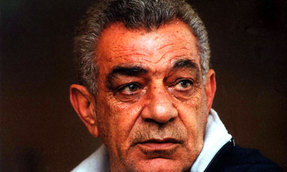 Egyptian football fans used to chant Mahmoud El-Gohary’s name whenever the national team stumbled, confident that the rescuer will be always there to give the ailing side a much-needed lift.

El-Gohary defied doubters on several occasions en route to his outstanding success that, arguably, could only be matched by the three consecutive African Nations Cups Egypt won under Hassan Shehata in recent years.

A rare World Cup appearance in 1990 and a Nations Cup triumph eight years later are among El-Gohary’s achievements at the Pharaohs helm but his legacy goes far beyond that, having initiated a football revolution to wipe out the amateurish nature of the popular sport in the early 1990s.

His proposals provided the stepping stone for a professional system that, despite its chronic deficiencies, turned around the fortunes of Egyptian football, opening the floodgates for players to swap clubs and indulge in the business aspect of the game.

Critics at the time questioned the loyalty of the players and pointed the finger at El-Gohary, who himself followed the new pattern by surprisingly taking charge of Zamalek, the arch-rivals of his boyhood club Ahly.

He enjoyed highly-successful spells as manager of the bitter Cairo foes, guiding both sides to the African Champions League titles to prove his credentials and become one of the most sought-after coaches in the region.

He also managed several clubs in the Arab Gulf region but will be best remembered for ending Egypt’s 56-year wait for a World Cup appearance.

“I never felt such sadness in my life. This man taught me everything,” Egypt’s nomadic striker Ahmed Hossam “Mido”, who was promoted to the senior team by El-Gohary when he was only 17, said on Twitter.

A soft-spoken but disciplinarian man, El-Gohary, who had an unglamorous playing career that prematurely ended in the early 1960s due to a knee injury, swiftly imposed his authority upon taking charge of Egypt for the first time in September 1988.

He nurtured some exciting young players, including striker Hossam Hassan and versatile defender Hany Ramzy, and was courageous enough to seldom field Ahly star Taher Abou-Zeid during the 1990 World Cup, which they reached following a home victory over North African rivals Algeria in a thrilling qualifier.

"We were due to stay at the same hotel were England were staying during the World Cup, but when coach El-Gohary saw women wearing bikinis he changed his mind," Magdi Abdel-Ghany, who scored the Pharaohs' only goal at the World Cup in Italy, said of his boss.

"He took us to the outskirts of the city to hold our training sessions there," he added.

Egypt impressed in their first game, producing a superb attacking display to hold then European champions Netherlands to a 1-1 draw. However, a 0-0 draw with Ireland and 1-0 defeat by England denied them a place at the knockout stage.

El-Gohary was still acclaimed by local media. Along with his zero-tolerance approach, he was known for his resolute defensive strategies and astute tactics, putting him far ahead of his Egyptian peers who somewhat disregarded the role tactics played in settling matches at the time.

"This man was awesome. This was the only coach that I allowed him to insult me," Mido said in a television interview last year.

"That's because he never blamed his players in public following any defeat for example. He used to take all the blame."

El-Gohary was surprisingly dismissed following the World Cup after Egypt suffered a 6-1 defeat by Greece in a friendly game but the national team remained in need of his services, with his name popping up  every time the team suffered a dip in form.

Upon the order of then president Hosni Mubarak, he returned to the team in September 1991 and led them at the 1992 Nations Cup few months later but barely had time to turn around their fortunes as they failed to get beyond the first round.

The third stint was remarkable, however.

Critics sharpened knives for him after he handed an unlikely call up to Hossam Hassan, who was 32 years at the time, ahead of the 1998 Nations Cup but he proved them wrong after the prolific frontman finished as the tournament's joint top scorer with seven goals as Egypt clinched the title despite being written off by many.

El-Gohary's footprints were evident in the constant maneuvers Egypt's forwards executed during the biennial tournament, including a superbly-taken free kick that allowed the team to score the second goal in a 2-0 victory over South Africa in the final.

El-Gohary was sacked after Egypt suffered an embarrassing 5-1 defeat by Saudi Arabia in the 1999 FIFA Confederations Cup in Mexico but the Egyptian Football Association brought him back less than one year later after French coach Gerard Gili was shown the door for some poor displays at the 2000 Nations Cup.

Egypt narrowly missed out on a place at the 2002 World Cup following a tough qualifying campaign and were eliminated by Cameroon at the Nations Cup quarter-finals, marking the end of El-Gohary's era as the national team manager.

El-Gohary still had a lot to offer, making use of his huge experience to start a new challenge in Jordan, where he took charge of the national team and made an instant impact.

He steered Jordan to a place at the 2004 AFC Asian Cup quarter-final for their best ever achievement and was branded a hero by local media.

He returned to Egypt for a brief spell as the Egyptian FA technical manager but resigned in 2009 over disagreements with the board of directors, whom he accused of attempting to hamper his projects of developing Egyptian football.

He served the final three years of his life as an adviser to the Jordanian Football Association.

"El-Gohary is a man who adores Egypt. The cruelty of its people forced him to leave the country," Mido said. 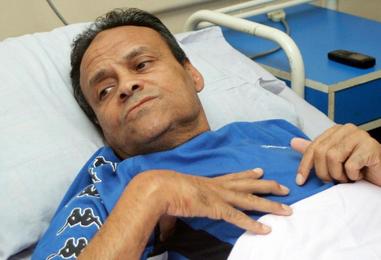 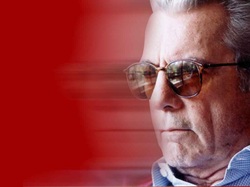